We are happy to confirm that after months of waiting, Red Dead Redemption is now live on Xbox One thanks to Microsoft adding backwards compatibility support.

That means for those of you who have your original Xbox 360 Red Dead Redemption disc lying around, you now can simply insert it into your Xbox One and begin the update process.

For those that need to know, the Red Dead Redemption Xbox One file size requirement is around 7.5GB spare so make sure you have plenty of space available before installing.

The surprise that we wanted to tell you about though, is that the launch also comes with free DLC included at no extra cost. Not only is the original game free to play if you have the disc, but you will also get various DLC packs on top as well. 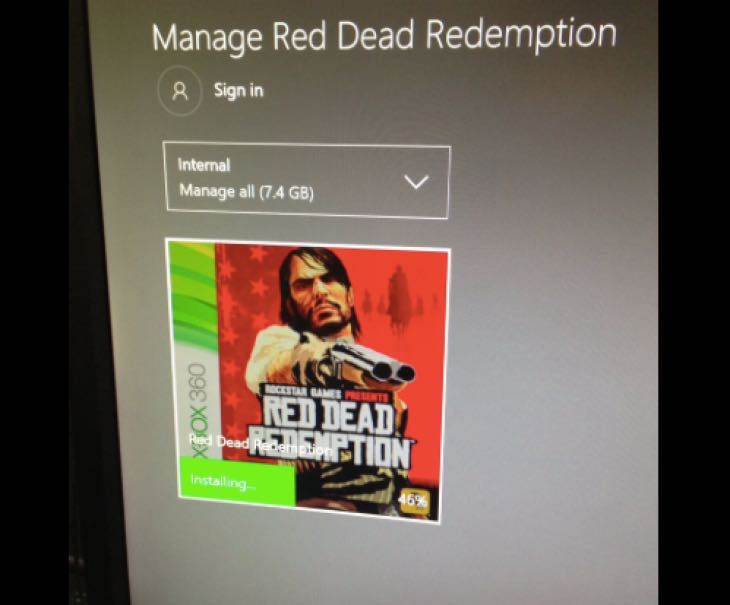 These include Myths and Mavericks, Legends and Killers Pack, Liars and Cheats for multiplayer and also Outlaws to the End for Co-Op and Hunting and Trading for outfits.

That is pretty amazing when you think about it, the only pack that isn’t included is the Undead Nightmare which you can buy now for £6.75.

Are you installing Red Dead Redemption right now? Leave a comment below if you are happy to say that you bought the game digitally to take advantage of this.