As we told you hours ago, Microsoft has finally unveiled the official list of Xbox 360 backwards compatibility games with Xbox One – the first batch anyway with more promised soon.

Right away though, we can instantly see that there is widespread disappointment that Red Dead Redemption is not on the Xbox One backwards compatibility list.

We knew that Call of Duty games would be absent from the first batch, but many had retained hope that Rockstar would allow gamers to enjoy a classic for free given their reputation for delivering the goods. 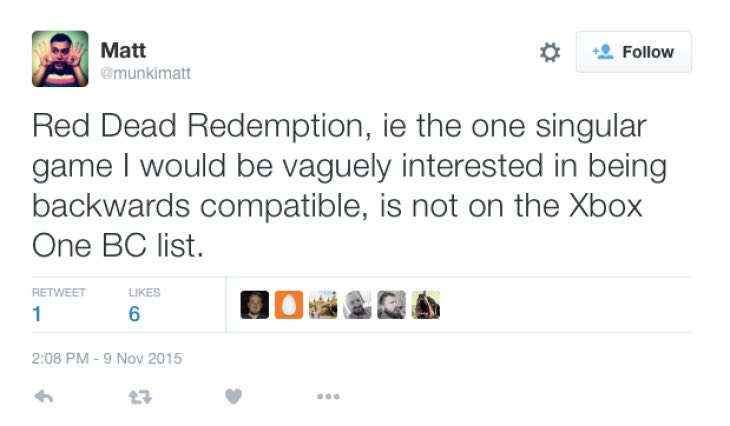 Sadly though, we will have to wait longer to find out the answer to this. Everybody wants to know when is Red Dead Redemption coming to Xbox One with backwards compatibility, but it’s important to remember that this is only the first list from Microsoft – there is more coming soon.

Many other notable titles are missing too such as Skyrim, Left 4 Dead, LA Noire, Bioshock and of course the GTA suite from Rockstar.

Let’s hope that Microsoft are planning further surprises and we will still get Red Dead Redemption at some point.

The list is nice, but can you admit to feeling a little disappointed that Red Dead Redemption is not on the first batch?