Every year in the weeks leading up to the Spike TV Video Game Awards, there is speculation as to what future titles will be revealed during the event and what game will win the coveted Game of the Year award. Well the 2010 VGA ceremony has now taken place, so we now know what game won.

The list of games nominated for the 2010 VGA Game of the Year award included, Red Dead Redemption, Mass Effect 2, Halo: Reach, God of War 3 and Call of Duty: Black Ops. However, according to a recent article by Joe Anderson over at vg247.com, it was in fact Red Dead Redemption that won the award. 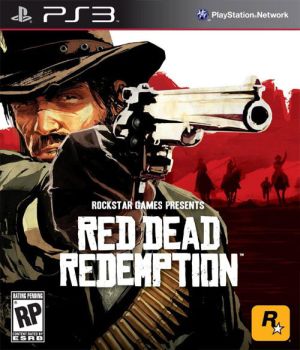 Although Mass Effect 2 didn’t miss out on awards entirely as it still won awards for Best RPG Title, and Best Xbox 360 Game. The Red Dead Redemption game didn’t just stop with the Game of the Year award either, as it also won awards for Best Original Score and Best DLC for its Undead Nightmare pack.

You can read the full list of VGA 2010 winners via vg247.com. More details about last night’s ceremony can be found at spike.com. Do you think Red Dead Redemption deserved to win the award for Game of the Year? Let us know your thoughts on this.