If you have been experiencing any issues with your Red Dead Redemption game and any of the DLC packs that has been made available (Undead Nightmare and Liars & Cheats), then you might be pleased to know that these problems should have been sorted as of now.

According to a recent article by David Hinkle over at joystiq.com, Rockstar have recently released an title update for the Red Dead Redemption game, which players will be prompted to download the next time they load their game in up in their Xbox 360 or PlayStation 3.

The latest update reportedly fixes issues that gamers have been experiencing recently, including being unable to unlock certain Trophies and Achievements throughout the game and a certain glitch in which players would somehow get stuck in the environment. 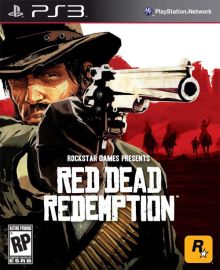 As Brenna Hillier from vg247.com reports, the patch also features a fix for selecting private Free Roam mode during a barker countdown, which apparently resulted in a constant load and a fix for a problem that caused multiple mine carts to appear when replaying the Gaptooth action area.

The patch also issues a fix for the occasional freezing and crashing problem that players were experiencing during the Mother Superior Blues mission and in the Las Hermanas area, while playing the Undead Nightmare DLC pack and a fix for the issue obtaining the Big Bluff Achievement on Xbox 360.

You can read more about what’s involved in the latest update via the vg247.com website here.