Red Dead Redemption has been a truly incredible success this year, winning numerous awards, including many game of the year accolades. Over 2 million units were sold in the first two months of release, just the start of an amazing journey for the game.

In a recent interview for the Official Playstation Magazine, Jeronimo Barrea (Rockstar’s VP of product development) stated that Rockstar had “a massive number of ideas” for Red Dead Redemption.

The critically acclaimed “Undead Nightmare” was released recently and got a 10/10 in the IGN review. For that review, go to ign.com. It also got an 8.0 rating from gamespot.com, some very impressive scores for a DLC pack. For a full article on the interview, check out the post on CVG, at computerandvideogames.com. 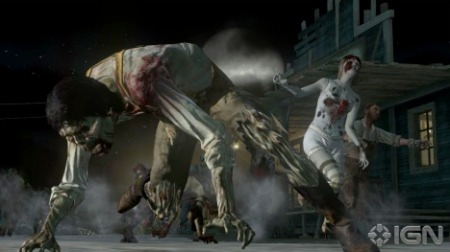 Many PC fans desperately want a port of the game, as this is one of the rare occasions that PC players do not get such a fantastic experience.

The game has joined Grand Theft Auto as a truly legendary Rockstar game, a group which may soon include L.A Noir, a game that certainly looks promising. Would you like to see more RDR DLC? How do you feel about a RDR sequel? Let us know in the comments section below.