This would be heaven for gamers, considering how successful GTA Online has become for GTA V which resulted in the fact that single player DLC has yet to release for the game.

Rockstar instead focused on delivering countless updates to GTA Online absolutely free and it looks like they may be extending this model over to the Red Dead series. 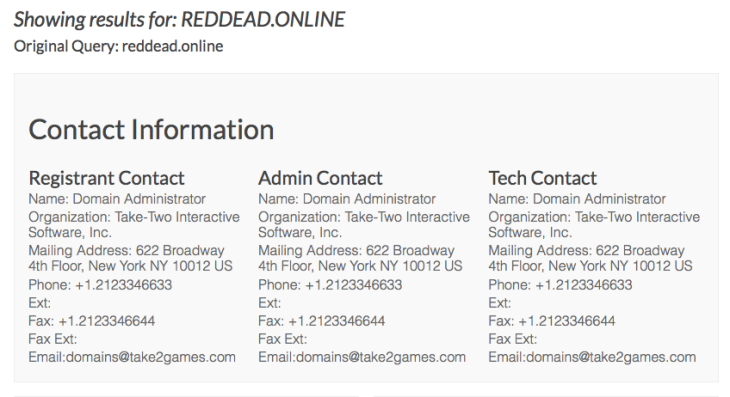 Take a look at the domain registered by Rockstar Games which is being shared on social media right now like wildfire. If that isn’t a dead giveaway on Rockstar’s next plans then we don’t know what is quite frankly.

Either way it is very exciting stuff and we’ll have to wait and see if another Red Dead teaser on Twitter is coming today and if we get confirmation that PC players will be getting in on the next game.

What are your general thoughts about Red Dead Online coming in 2017?