There are some very intense Red Dead Redemption 2 release date rumors floating around now, most of which are due to the images shared on social media about a game called Red Dead Retribution which reportedly had a release date of November 18 attached to it.

Rockstar is still yet to make an announcement, but it’s strongly believed that an RDR 2 game in 2017 is coming and it will be Rockstar’s next main project after GTA 5.

Back to Red Read Retribution though, as we can tell you that the images you may have seen are not genuine sadly – so in other words it’s a hoax if you seen them being Tweeted as fact. 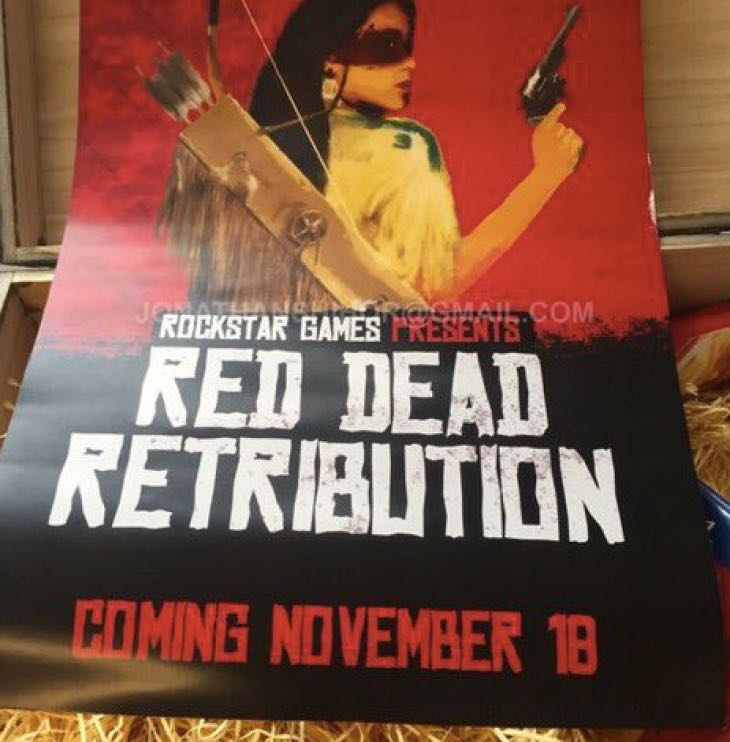 The images are actually the part of an awesome fan project as you can see the source of the images here. They were even sent to Rockstar in a proper package with mock up RDR2 box, display art and the posters which you probably have already seen.

It’s a shame that this is yet another rumor that hasn’t turned out to be true, but hopefully Rockstar will be able to put us out of our misery soon.

The PlayStation Meeting is coming soon, will Rockstar have something to share perhaps? Give us your thoughts on the hoax below in the discussion section.