Of the most anticipated games of 2018 is undoubtedly Red Dead Redemption 2 after years in the making. With the latest trailer now out for the game, we can see that there is still a lot of jealousy in the air with some Xbox One members only now realising that PS4 will get some content first with a timed exclusive.

We see a lot of gamers asking since the trailer dropped, is there exclusive content for Red Dead Redemption 2 on PS4 and Xbox One?

The answer is yes and it is going to be for those getting the PS4 version of the game. It is not a full exclusive however. Back in October 2016, Sony announced that they had entered into a ‘partnership’ and it will culminate in PS4 owners getting ‘first access to earn select online content’ in the game. 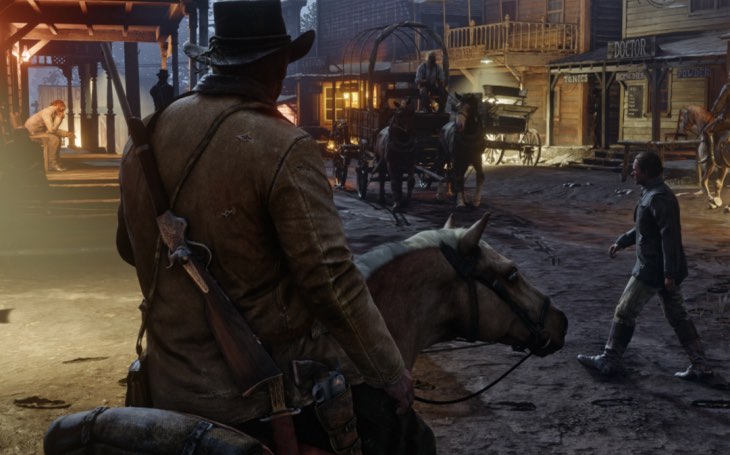 This could be a similar scenario to Destiny, in where PlayStation users had first rights to certain exotic weapons, but Xbox One owners will hope that it doesn’t imply the same time frames as the Destiny content ended up being exclusive on PlayStation for a year before making its way across the pond.

We still need to wait for exact details on what this exclusive content is on PS4, but if you are getting the Xbox One version of the game – are you still unhappy about this after watching the amazing trailer recently?

Check it out again below if you haven’t seen it and give us your thoughts on the never-ending battle for console exclusive content.

To get your hands on that exclusive content, pre-order Red Dead Redemption on PS4 here.