Rockstar has just announced all of the special editions of Red Dead Redemption 2, which is due for release on October 26 after a long delay.

As expected, there are multiple editions of the game to choose from but we wanted to focus on the most expensive edition, which is the Red Dead Redemption 2 Collector’s Box.

It actually costs the same price as the Ultimate Edition of the game, which is £89.99 or $99.99 but the interesting thing about it is that the Collector’s Box doesn’t actually come with the game included in the package. 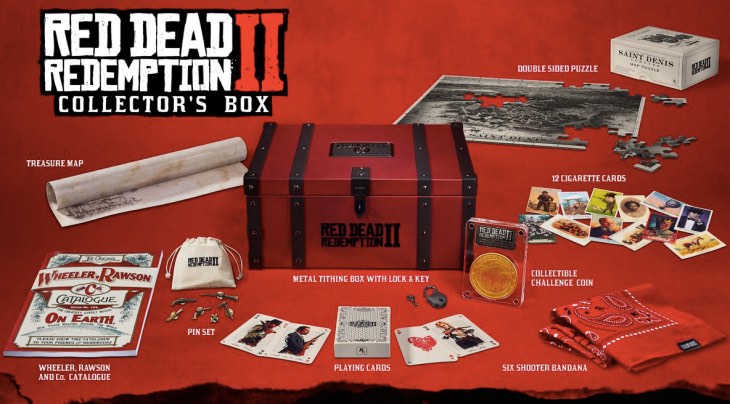 Instead the Collector’s Box will feature the following items and you’ll have to buy the game separately:

You can see the image above showcasing all of the main items, while full descriptions of each bonus can be seen over at Rockstar’s website.

It seems a bit of a strange decision though not to include a copy of the game, even a digital copy would have done the trick and perhaps charged a little extra.

Having to buy the game separately may be a bit confusing to some of you so let us know what you think about this. Pre-order the Collector’s Box here from GAME in the UK or GameStop in the US if you want this box for yourself.