We are hours away from finding out what the TOTW 52 lineup is in FIFA 15 FUT. This week there is extra spice, with the potential of EA unleashing a special Record Breaker Rooney card for FUT.

That is because Rooney has now become the all-time top goalscorer for England in their history, over-taking Bobby Charlton by scoring 50 goals.

EA love to celebrate milestone like this and we can see that there is a big demand for the TOTW 52 lineup to include a special card for Rooney. 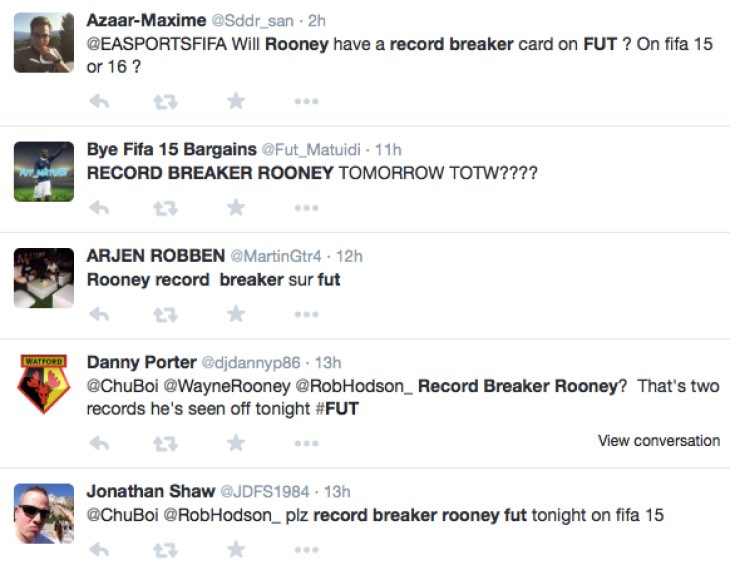 Moving on though, who else can we expect to see in terms of TOTW 52 predictions? Futhead has already gone live with their weekly predictions and some of the names include the likes of Theo Walcott, Arda Turan, Kevin De Bruyne and forgotten legend Didier Drogba.

We have a feeling that Harry Kane may even be in with a shout, after coming off the bench twice in two games to score both times – after all, we’ve seen IF cards given for much less of a performance.

Check out the full predicted TOTW 52 team below and let us know if you agree or disagree with the selections. For those asking what time does TOTW 52 get announced, it should be between 5-6PM UK Time.