EA has gone live with another batch of special cards for FIFA 15 FUT. The big surprise that everyone is talking about is a Record Breaker Crouch FUT card.

For those that are not aware, Crouch is now the owner of the title ‘most headed goals scored in Premier League history’ with 47 – beating a certain Alan Shearer in the process.

Now EA has acknowledged this feat too and you can get your hands on this special card which comes with a rating of 77.

As a result, we can bring you the first Record Breaker Crouch FIFA 15 review, showing in-game stats and gameplay of the new card in action. 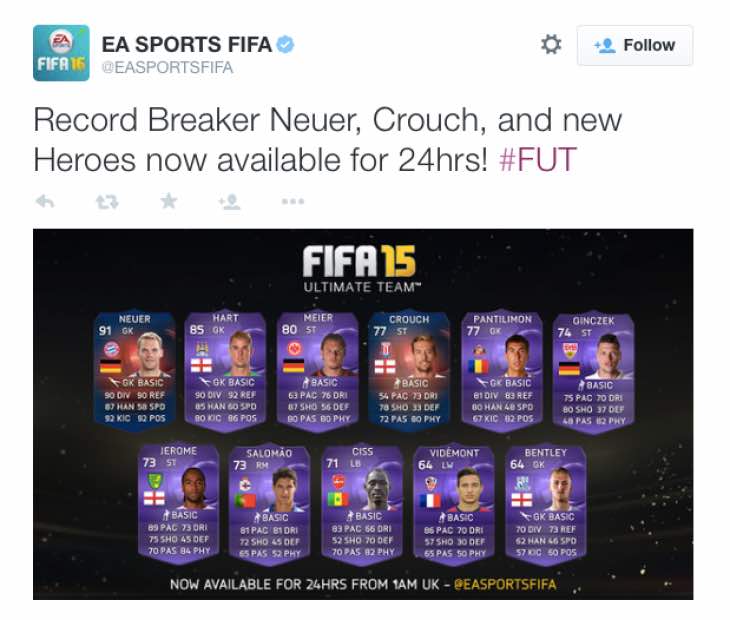 The new rating of 77 is 2 higher than his usual 75 card in FUT, so how does it compare to the original? Straight away, EA has boosted his shooting to 78 from 75 while you can be sure that EA has pumped up his heading abilities too.

He had a 78 stat for heading accuracy, but with this card being all about his heading ability, that stat has now increased to 83 for those lucky enough to get Record Breaker Crouch in a pack.

Watch the video below and see what you think of the card. About time Peter Crouch deserves some love, wouldn’t you say?