If you haven’t had the opportunity to revisit the key events from Apple’s monumental iPhone 5 keynote address last night, now is the perfect chance. You may have been disappointed over a lack of a live video stream at the event, but Apple has wasted no time in providing full coverage on what happened, over at their official website.

It now gives you the chance to see the moment the iPhone 5 was beamed into the arena before your own eyes, rather than having to endure the frustration of a live blog, which we’re sure millions of you did last night. We see the heartfelt applause right at the start of the event as Tim Cook appears on stage dressed in his Steve Jobs attire, as well as another appearance by hardware man Phil Schiller as he unveils the device for the world to see.

Away from the iPhone 5, there are some other great highlights on show, including a brand new iPod Nano and 5th generation iPod Touch, which will now come equipped with the same 4-inch display that is featured on the iPhone 5. There’s a breakdown in pricing for all of the devices mentioned and you’ll also want to pay close attention to the list of countries mentioned in the first rollout on September 21 and also a second list of countries that will get the device afterwards. 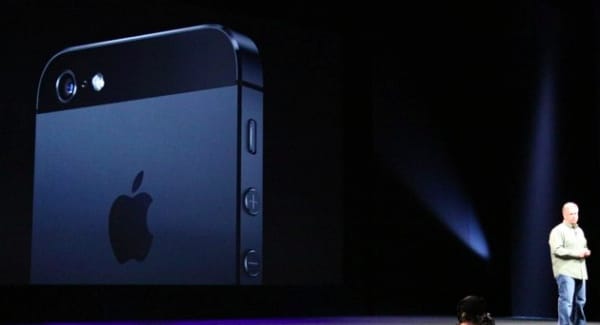 Sadly, we didn’t get to see a Mini iPad as widely reported prior to the event, but we have a feeling that many of you will still be fairly satisfied with the announcements that we did get. In case you missed it, iOS 6 will be available to download on September 19 – two days before the iPhone 5 launches, giving you an excellent chance to preview the new software before making the big decision on the new hardware.

How impressed were you with Apple’s event? Overall, are you happy with the iPhone 5, or are you planning to overlook the new refresh this year? You’ll find the full keynote video replay here, Quicktime is required.