We have some great news for those of you who really enjoyed playing the original Real Racing game on your iPhone or iPod Touch, as we’ve just learned that the much-anticipated Real Racing 2 app is now available to download via the Apple App Store.

As reported by Taimur Asad over at redmondpie.com, the Real Racing 2 game provides players with a total of 30 officially licensed cars, all with unique performance characteristics. Users can enjoy driving cars such as the 2011 McLaren MP4-12C and the 2010 Nissan GT-R (R35).

The Real Racing 2 game’s massive career mode will provide players with over 10 hours of gameplay, and includes features such single ”cup” races, time trials, championships and head-to-head races. If you want some instant fun, then Quick Race is a great idea. 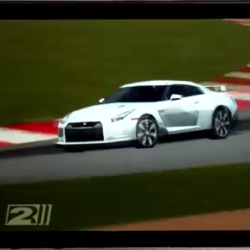 However, players also have the option of working their way up from rookie to pro. If playing against other people is more your thing, then you can either play your mates via 8-player local Wi-Fi races or enter a 16-player auto-matched online race.

The Real Racing 2 app can be downloaded via the itunes.apple.com website, at a cost of $9.99. The game is compatible with the Apple iPhone, iPod Touch and iPad, and needs iOS version 3.0 or later to run it. Have you played the original game, Real Racing?