Last night was a fantastic night if you are a Real Madrid fan, not so much if you are a Liverpool FC fan. Madrid dominated Liverpool in the LFC Vs Madrid Champions League result and we can see some increased activity in the official Real Madrid news app for iOS and Android.

The app is a great way to obtain official information from the club and you may want to know that both the Android and iOS version of the app received an update just a few days ago before kick-off.

There’s even more ways to keep up to date with the latest Real Madrid news and the official app is the definitive way to enjoy content. Being an official app, Real Madrid TV subscribers can also enjoy real time goal coverage of when Madrid score in the Champions League. 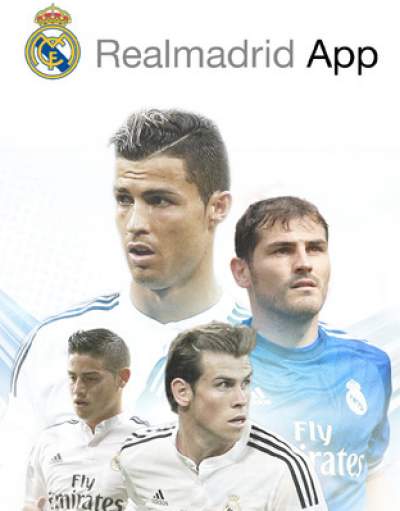 On top of that, there is a direct feed to the official TV channel for Real Madrid and the important addition of social features so that you can chat with other fans directly through the app.

The latest update is now live on Android and iOS, with the Real Madrid iPhone app update now on version 4.2.03. The key changes are bug fixes, some general stability improvements and also better navigation on the app when using iOS 8.

On Android, the same bug fixes and general improvements have arrived, while we also expect the Real Madrid app to get a visual update once the developers have fully got to grips with the Android 5.0 Lollipop SDK.

Is this the best Real Madrid app in your opinion? Let us know if you are already using this app and what you would like to see in the next update.