Not everyone just wants an iPad and some look for something a lot cheaper, so today we are focusing on the RCA 7-inch tablet with reviews for the 8GB Quad Core option with its full list of specs. The aim is to give you a closer look at an Android tablet that won’t break the bank, but can also be a worthy purchase for the price.

The RCA 7″ tablet comes with a standard 8GB of storage and 1GHz Quad Core processor, but the hard drive space can be expanded with a card thanks to an microSD card slot. The 1GB DDR3 of system memory and 1024×600 resolution is impressive when you consider this Android 4.4 tablet normally retails for just under $70, which is much less than other tablets on the market. 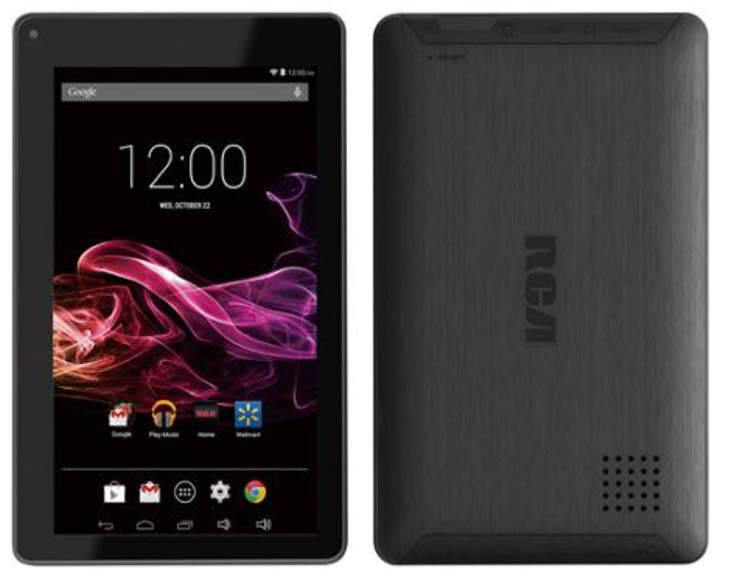 You can read the RCA 7-inch tablet specification list below that also includes 802.11b/g/n WiFi, a stereo headphone jack, mic and front 0.3MP webcam. The camera really shows you are looking at a budget device and the 4 hours of battery life also reveal this fact. 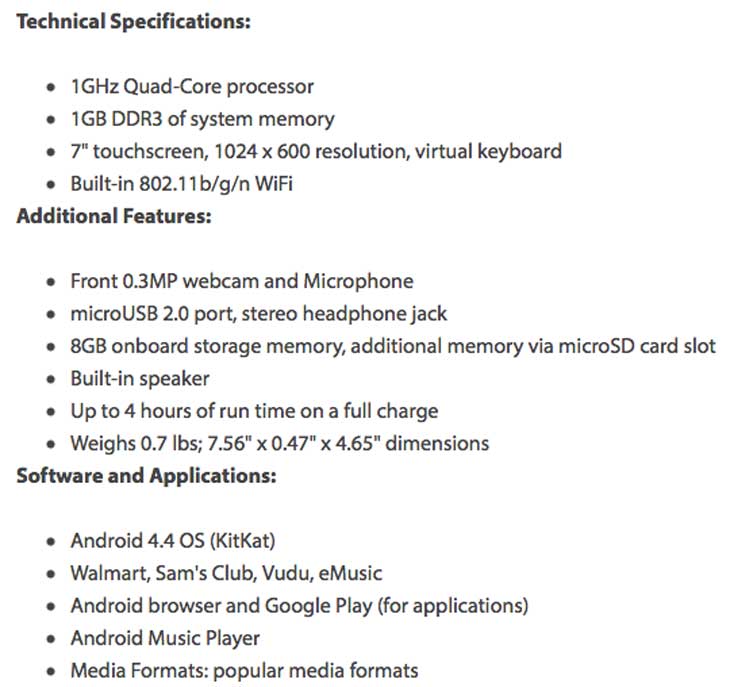 RCA 7-inch 8GB tablet consumer reviews – if you want to understand how good the Quad Core specs and 1GB of DDR3 memory really are, then you should read some of the feedback we’ve received below. These come from various perspectives that we’ve received directly and found online within ratings.

One Product Reviews reader said, “this will be a gift for my daughter for Christmas, but I opened the tablet to give it around an hour of testing to make sure everything works. I played a few apps and downloaded them with ease, and the screen was really responsive. Getting connected to our home wifi was easy as well, and I’d rate this 7-inch RCA tablet 4 out of 5 thanks to the Quad Core making everything smooth but not a perfect score, as I haven’t used it for long enough”.

Another contradicted this viewpoint with this comment “I just purchased the 8GB Quad Core version of RCA’s 7-inch tablet and we haven’t used much space, even though 8GB isn’t a lot. I’ve seen a few freezes and some lagging, but not often and the wireless range doesn’t seem that good. For the price and what we’ve seen so far, I’m still impressed but you shouldn’t be expecting anything near the best and it lives up to the price”.

Good for the price – The likes of Amazon and Walmart reveal average user ratings of 4/5, and it’s clear why this is and we also noticed that most people expected some disappointment after paying very little compared to other 7-inch Android tablets. You can expect a good price and specs balance, although you would want to pickup this tablet at the lowest possible price.

Have you purchased the RCA 7-inch 8GB Quad Core tablet and if so, what’s your rating? It’s also worth noting that Walmart is selling this tablet for $39.99 today, so this is a massive discount and makes the tablet even more worth the purchase.