We have already looked at the iPad Air 2, as well as the possibility of the Nexus 9 coming with some sort of discount later this month, but they will still cost you several hundred dollars more than most budget tablets, such as the RCA 10.1 RCT6203W46 model. This RCA 10.1″ tablet comes with a 16GB Quad Core CPU with Keyboard/Case, and so makes it a pretty good deal, but only if you do not mind making a few sacrifices.

This model has been Google Certified, which means it should run pretty decently on its version of Android, which just so happens to be 4.2.2 Jelly Bean. With this being a few versions out of date it does give you a good idea that its specs will not be anything too exciting. 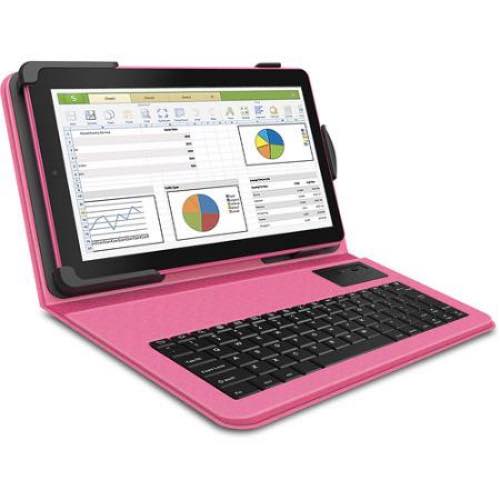 RCA 10.1 tablet specs – The processor used is a 1GHz ARM Cortex-A9 with 16GB of storage and 1GB of DDR3 RAM, 10.1-inch touchscreen with a screen resolution of 1024 x 600. Other features include a 2-megapixel rear-facing camera and a 0.3MP webcam, microUSB 2.0 port, microHDMI port and also a microSD card slot.

We can’t help wonder why there seems to be a lack of reviews for the RCA 10.1-inch tablet, and we can only assume that it has not proved too popular. Having said that, this would make an ideal gift if you have a young child and feel they should have a budget model before moving up to the likes of a Galaxy Note 10.1 or even a new Nexus 9.