For all of you gamers that have already worn out your mouse after the release of WoW Cataclysm, we have a new gaming mouse that you will no doubt be interested in. The design of the mouse is amazing, the molten look of cracked rock, with intricate details spanning across the mouse means that it really looks the part, but can it play the part? 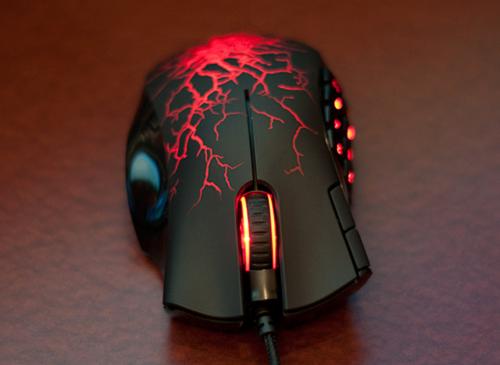 The Mouse is priced at $79.99, but what do you get for your money? The mouse has 5600dpi with a 3.5G Laser Sensor. It has 17 fully programmable MMO-optimized buttons, 12 of those buttons are on a thumb grid and it works with a PC or a Mac. 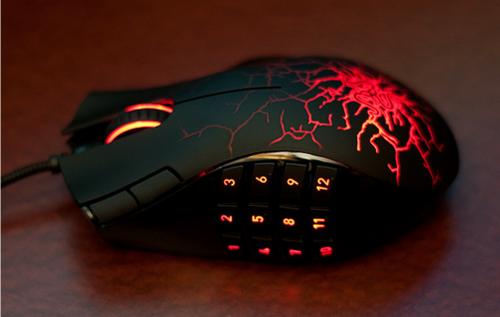 There have been a couple of buyer’s who have given feedback on the official RazerZone website. Damien said “Best mouse out there atm. Played at a friends and took on full wrathful solo.” He also rated it at 5 stars.

One of Mashable’s writers has also written an article on the mouse, he has included a gallery of pictures for your viewing pleasure. We did also talk to you about the Razer Naga MMO mouse, which is pretty much the same as this one but in cool blue, you can read more about it here. Another thing that you should know, over on Razor’s website you can view a number of videos of the device, once of them has been included at the bottom of the article.

The big question, would you pay $80 for a gaming mouse? Let us know your thoughts in the comments below.