Earlier this year during the CES 2010 event, Razer unveiled their latest Xbox 360 peripherals. As Jamie Pert previously mentioned here, this included a wired controller that was said to use “Razer Hyperesponse Technology” and the Razer Chimaera 5.1 wireless headset.

Those of you that are considering buying the Razer Chimaera 5.1 headset will be pleased to know that we now have details of a price and release date. According to Darren Murph over at engadget.com, the product has now been listed for pre-order, with a price tag of $199.99 (â‚¬199.99). 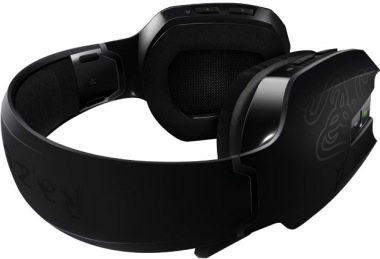 It also comes with a flexible microphone boom and a detachable Xbox Live communication cable, as well as a docking base station for advanced controls, audio processing and recharging. The Razer Chimaera 5.1 headset provides players with up to 8 hours battery life.

According to Raymond Herrera over at examiner.com, gamers also have the option of the Razer Chimaera Stereo wireless headset, which has a retail price of $129.99. This headset features 2.4GHz wireless technology and provides gamers with a battery life of up to 12 hours.