If you have been thinking of downloading the Rayman Fiesta Run app because it looks like fun, then you should stop thinking about it and just go ahead and download it. We say this because the new version 1.3.1 was released a couple of days ago as part of the Apps for RED.

With the update you will be able to collect new characters in red, such as Rayman, Globox and Teensy. We would advise you to get this update soon because it will only be available up until December 7th. 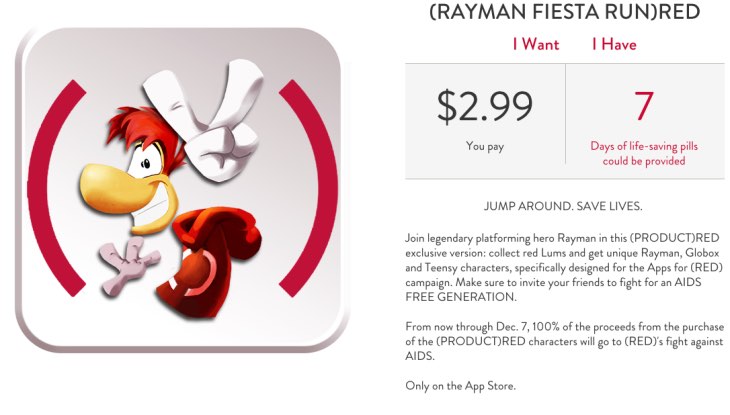 There are other apps taking part in Apple’s Product Red, such as Kim Kardashian Hollywood and Clash of Clans, although there are 25 in total.

The developer asks that you invite your friends to download and install the game, which costs $2.99, as all proceeds made with the special RED in-app purchases will go towards fighting AIDS, Tuberculosis and Malaria.

We don’t really have much more to say about this update, so this just leaves us to ask that you make use of this update so that a lot of money can be donated to those good causes above.