Ratchet and Clank are back once again with Into the Nexus that was given a 5-minute showcase at Gamescom 2013. This platform adventure will deliver some great humor as we have come to know with the series, and you will gain some upgraded weapons along with new worlds in Ratchet and Clank: Into the Nexus.

Watch the Ratchet and Clank: Into the Nexus 5-minute trailer — you can see the video that was featured at Gamescom below this article, so take a look to see some solid gameplay and what to expect from the next incarnation. We have also added the announcement trailer from July as a second video, which is ideal if you haven’t seen any visuals for this game yet. 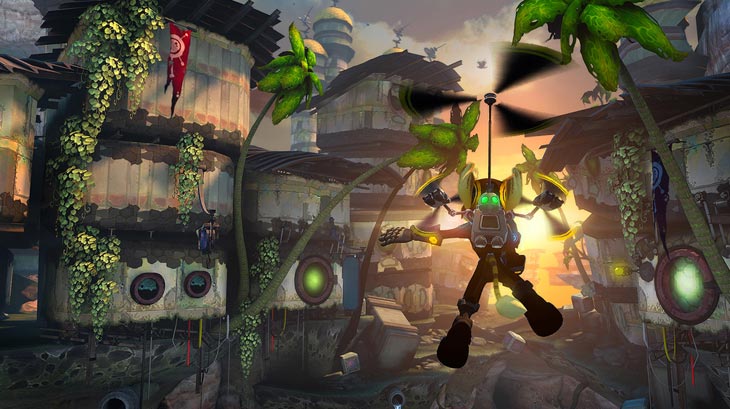 The good thing about the new Ratchet and Clank trailer is gameplay. The video is pretty much non-stop gameplay, which makes a massive change from a lot of the videos showcased at Gamescom so far this year. If you are a die-hard fan of Ratchet and Clank, you might notice that Insomniac Games has returned to gameplay basics rather than trying to add extras that might not be welcomed as seen in previous titles.

Do you like the idea of the game going back to basics? Personally, I want to shout from the rooftops “A traditional Ratchet and Clank at last”. Leave a comment after watching the Into the Nexus 5-minute gameplay video.