A few weeks ago I brought our readers an article containing a trailer and release date details for Microsoft’s ‘Games for the Holidays,’ which included A World of Keflings, Raskulls (released on December 29th) and Ilomilo. Now that Raskulls has been released, I thought I would provide you with a review round-up.

As previously mentioned in an earlier article (here), the first of the ‘Games for the Holidays’ titles – A World of Keflings – received quite a few decent reviews, and it appears that Raskulls is heading in the same direction. In fact, it has received scores such as 10 out of 10, 8.5 out of 10 and 5 out of 5.

The first review is from Andrew Galbraith over at examiner.com, who describes the game as “undeniably incredible” and “sickeningly addictive.” Andrew praises both the multiplayer and single player modes of Raskulls, although the multiplayer mode is said to be just as frantic as some have expected. 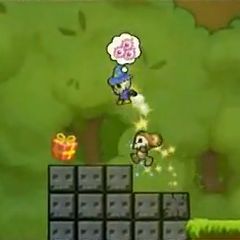 Next up is a review from Keklar at gameinterface.net, which gives the XBLA game an impressive rating of 8.5 out of 10. Gamers shouldn’t get bored too easily with the Raskulls game, as there are many different styles of game all rolled into one according to this reviewer.

If single player isn’t quite exciting enough for you, then you’ll love the multiplayer mode as it apparently provides players with plenty of crazy fun. The next review comes from Chris Carter over at gamerlimit.com, who states that it’s one of the best puzzle games he’s ever played.

Raskulls is sure to keep gamers of all types and ages amused, even if they’re not fans of puzzle-based games. The final review is from Cybermario over at animecourtyard.com. This reviewer praises the game for its sense of humor, but noted that the music could have been a little better.

You can read the full reviews via the links provided above. Feel free to send us your first impressions of the game.