You got to love the opportunity to open some rare gold 25K packs within FIFA 15 Ultimate Team and this is exactly what a lot of gamers have been doing over the last 24 hours.

The opportunity to open special 25K gold packs through the promo menu tab has been highlighted by the official EA Sports FIFA channel on Twitter. Around 16 hours ago, at the time of writing, they tweeted a message explaining gold rare 25k packs would be available for 24 hours and players had a limit of 5 each during this time. 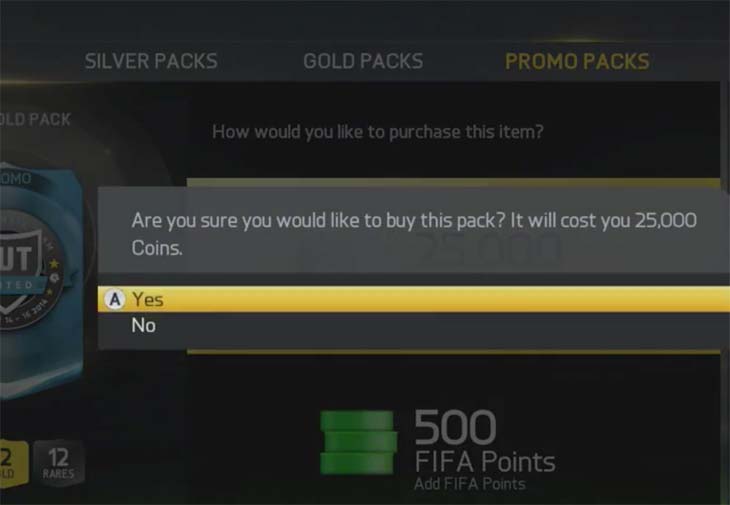 You can see the said tweet below, which details the opportunity and should leave just a few hours left for FIFA 15 owners to take advantage of this promotion. If you haven’t opened any rare gold 25K packs in FUT 15, then you should know it ends today and you might want to get online for the promo while it lasts.

It is clear many players have taken advantage of this and we’ve featured a few videos below. These reveal FIFA 15 pack openings for 25K rare gold packs, so if you love to watch a good pack opening, then take a look at the three videos below. Have you opened anything good this weekend in FUT and if so, what’s the highest rated player you opened?