Hours ago, we told you how to easily complete the first Destiny Urn of Sacrifice quest called Gather their Dust. Now, we have more information for you, with an apparent glitch that has been discovered on the Destiny Gather Their Suffering quest where you have to kill Urzok the Hated.

Just to recap, Gather their Suffering is the fourth stage of the Urn of Sacrifice bounty quest that you’ll get from Eris Morn after buying the Urn from Xur for 1 Strange Coin.

While the official description states that you have to wait for Urzok to appear from the ship via the Public Event, we’ve got a video to show you which completely bypasses that. 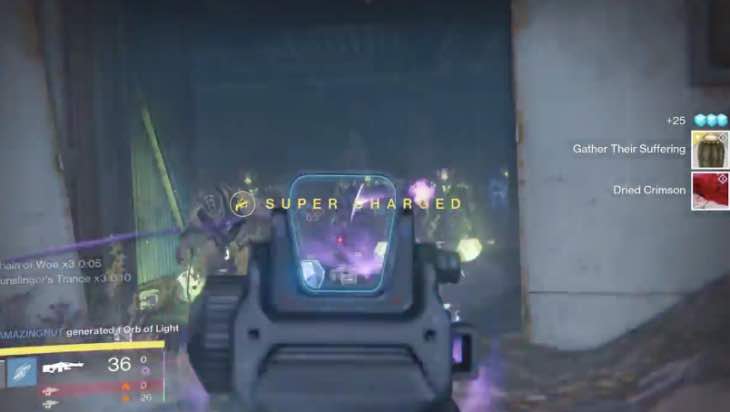 Not only does Urzok not appear, but watch the video and you’ll see that you can still get the Gather Their Suffering bounty by aiming your fire in a particular loot cave.

We’re not sure that this is a glitch, but obviously this is not the way you are supposed to gain the bounty as Urzok is a pretty tough foe when facing normally, especially with that Arc shield equipped.

This method completely cuts out the battle though and you get a massive Super Loot cave reward in Destiny on top of this as well. Thanks to YouTuber “Ocarina of Time Nerd” for the discovery on this.

Watch the video below and let us know your thoughts on it. We are interested to find out if anyone else has managed to gain the Gather Their Suffering bounty this way, or if you have killed Urzok the Hated the hard way.