The wait to see a Rain Mortal Kombat X release date goes on, with NetherRealm showing no hints that the fan favorite ninja will be added as a playable character.

On the other hand, Rain’s fate in the game may have been sealed already thanks to the recent release of Tanya.

Those of you without the Kombat Pass won’t know this, but during the ending for Tanya in MKX Rain apparently meets his maker.

Or in more brutal terms, gets toasted alive after being sold short to Kotal by Tanya. The question is, why has NetherRealm put this ending into the game and is it purely designed to end the speculation once and for all about having Rain in the game as DLC? 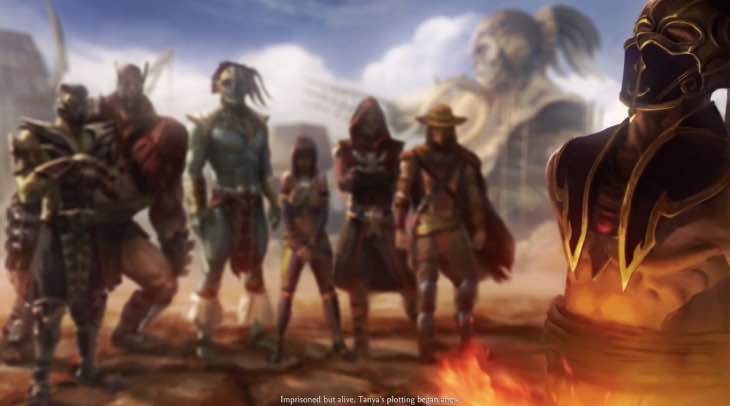 Then again, this is Rain we’re talking about. If he wanted to, he could probably just evaporate into a puddle of water and escape from that fire in seconds.

Either that, or NetherRealm is planning to mix things up and toy with fans by conjuring up an entirely different ending if Rain does make it into the game as DLC – i.e, he finds out about Tanya’s schemes beforehand and counters the whole burning to a pulp plan.

Either way, this has created an interesting talking point. NetherRealm know too well that Rain is in big demand at the moment – so why did they kill him off?

Leave us with your thoughts on this below.