While all of the real-life talk has been about Raheem Sterling’s well publicized transfer to Manchester City, we can see that EA has created a massive talking point themselves with the latest batch of FIFA 15 Summer Transfer updates for July 15.

This is because EA has decided to change Sterling’s position on Ultimate Team, from a Right Winger to central attacking midfielder.

EA has obviously done this to create a bit of added buzz around Sterling at the moment, but we can see that FIFA players have been debating whether Sterling should still be left as a RW as he was with his Liverpool card. 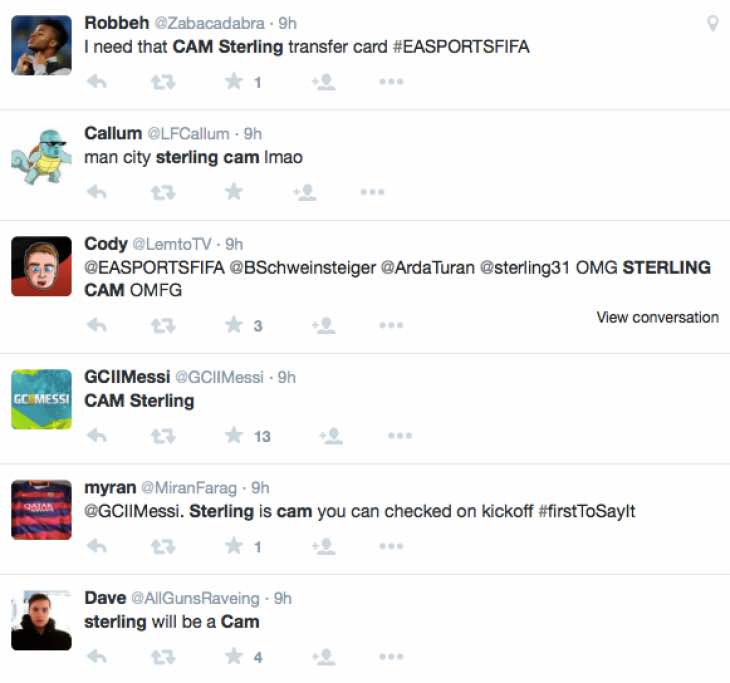 Sterling’s overall rating for Man City remains at 80, which we’re expecting will be increased once the FIFA 16 player upgrades go live just before launch.

What are your thoughts on the fact that EA has changed his position in the game – is this a good move or a bad move in your opinion?

More importantly it basically confirms that Sterling will be CAM on FIFA 16, which is very interesting indeed.

Stay tuned to PR for the latest on FIFA 16 news as and when we get it.