Another player that is set to be the talk of FIFA 17 Ultimate Team once it launches in September is Ragnar Klavan, Liverpool FC’s latest Summer transfer signing.

A lot of you will instantly be asking Who is Ragnar Klavan, but you’ll be interested to know that the player is already on the FUT 16 database with a 77 gold rating.

He currently plays in the Bundesliga for FC Augsburg and we now wait to see if EA will give the player a rare gold upgrade and a possible rating upgrade to 78 after a successful season. 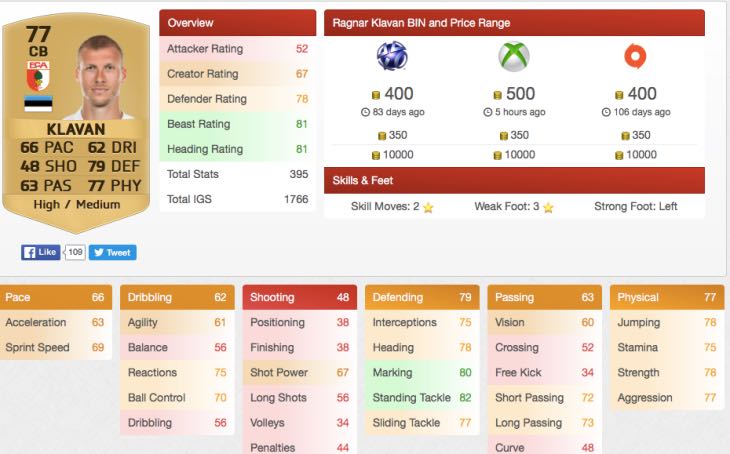 Above are Ragnar Klavern’s FUT 16 stats courtesy of FUTHead, so take a look at them and let us know what you think of LFC’s new signing.

Would he go straight into your first time on Ultimate Team for FIFA 17, or will he be a nice back up option?

The only downside is that his Estonia nationality will not exactly be friendly with other players in terms of chemistry.

We’ll be keeping you updated on any other notable summer BPL transfer rumors as they happen before the start of the season.