The beginning of this month was not good for those who loved the Guitar Hero franchise, as we reported that Activision decided to call it a day. We can certainly see why they did it, so could this happen for another genre? It is no secret that the racing game saturation is a serious issue and titles could suffer in the future.

Goozer Nation decided that this needed a closer look, as they too believe that there were far too many games like Guitar Hero on the market — Rockband being one example. There are many others that all do basically the same thing, and that is the same problem with many other games in many other categories.

Racing games have been singled out for good reason; there are only a few decent franchises, Gran Turismo, Need For Speed and Forza. We are well aware that there are other titles on the market, but these are the ones that have stood the test of time. Other games such as Blur, Modnation Racers amongst others try to add more features to a game in the hope of keeping you hocked. 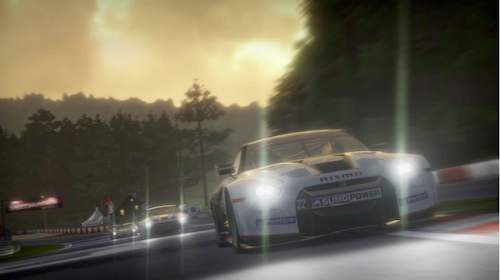 This is what we have the issue with the most, when you think of a racing game you want to be able to choose a car, tune it up and get those settings perfect in order to beat the competition in a race. What you do not want is to try and race someone while trying to shoot at them to damage their vehicle — this is not racing, it’s something in-between.

Do you think that there is room for the amount of racing games, or will we start to see developers phase a few titles out?