Back in November we brought you news about a new DLC pack, which was due to be released for the real-time strategy video game R.U.S.E. Some of you may already know but for those of you who don’t, the Manhattan Project DLC Pack has now arrived and is ready to be downloaded.

According to Scott Tortorice over at gamesquad.com, the “Manhattan Project” DLC pack — which includes 2 new multiplayer modes and 3 new exclusive multiplayer maps – is available to download directly from Xbox Live Marketplace, Steam or the PlayStation Network, for free!! 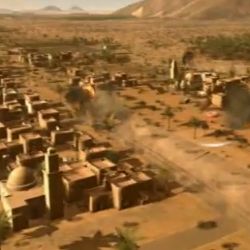 As previously mentioned, there are two new 2 vs. 2 maps – Twilight of the Gods: North Africa and Vesuvio: Italy and one new 3 vs. 3 map – Guns N’ Tulips: Holland. The two new online multiplayer modes included in the pack are “Total War,” which sees battle commence in 1939 and “Nuclear War.”

The “Nuclear War” map enables players to begin the game with all factories, prototype units and upgrades unlocked, while players will have to unlock all units and technology as they go in the “Total War” map, according to Andy Griffiths at gamerzines.com (screenshots available here).

Will you be downloading the Manhattan Project DLC pack?