Social question and answer app Quora has been given Presidential backing after Barack Obama became the service’s first verified user. The President of the United States of America joined the Q&A service, taking part in a session to talk about the affordable care act.

Quora will start verifying the accounts of more important and famous people from now on, with Obama being the big landmark verification. The little blue tick beside the name of the person’s account confirms their validity, just like as it is on Twitter and Facebook. Whilst Quora is secure, verifying people reduces the number of fake accounts and spamming which is common on social sites.

In addition to Barack Obama, several other celebrities who use Quora are set to get the little blue tick of approval. Some of these people include Facebook Chief Operating Officer Sheryl Sandberg, Gravity movie director Alfonso Cuaron and Netflix CEO Reed Hastings, TNW reports. Quora is growing on the iOS and Android mobile platforms, offering a new type of social experience to those currently on the market. 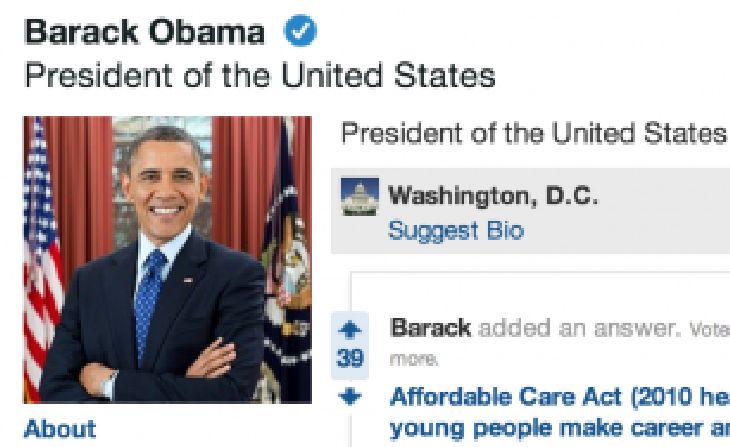 It does not look like this verification process will be rolled out via an update, Quora will simply implement the feature slowly. The app on iOS has not been updated since January, Android is in even more need of a refresh since last being treated back in December.

Quora is increasing in popularity in the highly congested social space, bringing a new spin to blogging. Users simply post questions that want answering and fellow users can interact with your content uploads, with the common news and question feed system being operated like the other big services.

Have you used Quora to ask questions to celebrities and leading figures like President Obama?