It’s time to look at another big potential January transfer now, with FIFA 17 players eagerly awaiting the batch of soon to be released FIFA 17 Winter Upgrades which will come on top of any January transfers that are made.

This week, we are hearing big rumors that exciting Dutch midfielder Quincy Promes could be on his way to Liverpool FC. Some of you not know too much about this player, but we’re here to tell you that he is one of the best cheap players to buy on FIFA 17 with great potential.

He shipped with an 81 rating, but wasted no time in being featured in Team of the Week 1 with EA boosting his rating up to an 84 and featuring fantastic upgrades such as 91 for pace, 84 for shooting and 85 for dribbling. 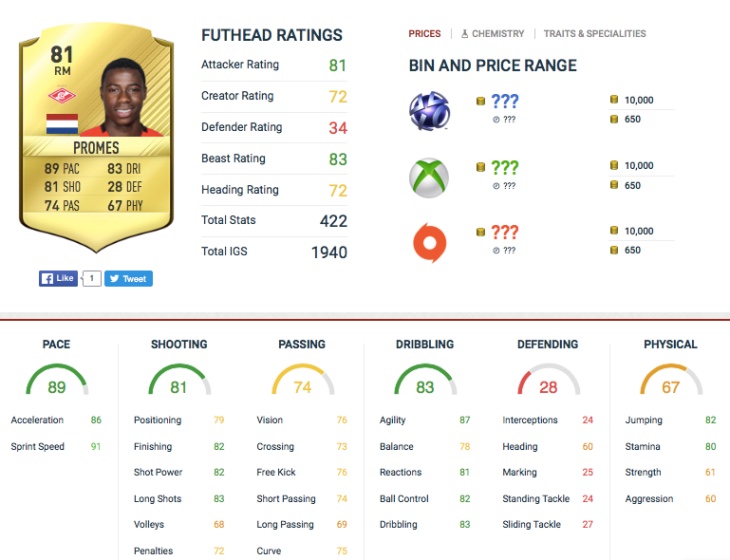 You can see the full base stats of Promes above courtesy of FUTHead. With the player already receiving one in-form card there is a very good chance that he’ll get a permanent Winter upgrade towards the end of the month.

If the Quincy Promes transfer rumors to LFC prove correct, then it will only further thrust him into the limelight which may persuade EA to take a look at him in view to an upgrade.

Promes is currently playing in the Russian league, but would you like to see him in the PL instead for those juicy chemistry links?