Now that the much-awaited Verizon iPhone 4 has finally been announced, it looks like the focus is starting to shift towards Apple’s next generation smartphone, the iPhone 5. As you know, there has been quite a lot of speculation and rumors as to what we can expect from the upcoming handset.

Debbie Turner from onlinesocialmedia.net wrote a rather interesting article recently, which takes a look at some of the improvements that Apple could well make for the next iPhone. One of the obvious ones would be a better antenna, considering it became a major issue on the iPhone 4.

Other improvements mentioned were a larger display, and extra processing power. As a recent article over on the phonesreview.co.uk website reports, previous speculation has suggested that Apple is looking towards adding Near Field Communication (NFC) to their future devices. 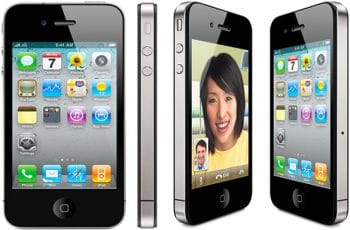 If this news does turn out to be correct, then we could well see iPhone 5 owners using their smartphones to pay for goods and services in the future. You can read more about NFC via the Wikipedia.org website. Questions also appear to have arisen regarding possible storage on the iPhone 5.

While some Apple customers may be hoping that the iPhone 5’s storage gets increased to 64GB, Apple may have different plans. According to a recent article over at applebitch.com, Apple may well be looking at cloud storage for the next generation iPhone, rather than increasing the onboard storage.

There has also been speculation that the iPhone 5 (and iPad 2) could well use a Qualcomm baseband chip. If you can’t decide whether to buy the Verizon iPhone 4 when it launches or wait until Apple releases the iPhone 5, then you might like to check out this cnet.com article by Marguerite Reardon.