We have a quick heads-up for you now for those that are looking to buy Quantum Break on Xbox One, but are curious to find out what the download size is to install the game.

Quantum Break is not due out until April 5, but we can tell you that the game should come in at around 44GB. This information was revealed early via the Xbox Store, only to be removed shortly after as you can see below.

Luckily the juicy details were already plucked in time and it looks like the PC file size is set to be even bigger at 55GB. 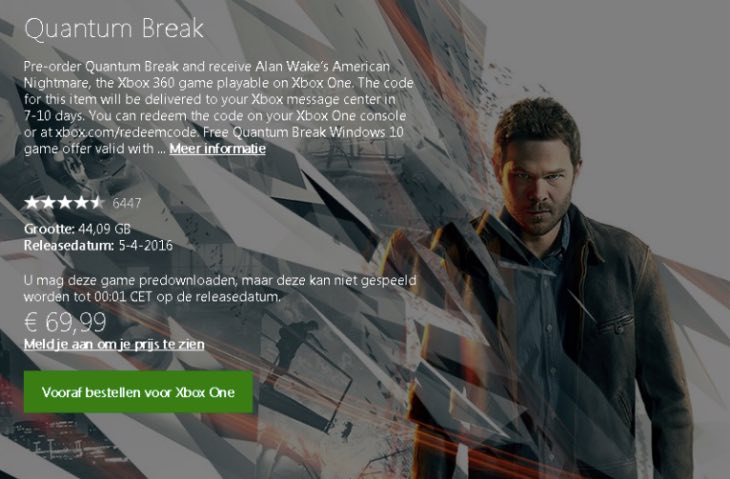 It’s surprising to see the file size leaked so early before launch, but given that Microsoft has since altered the information – it should turn out to be correct.

Is Quantum Break a day one purchase for you? Let us know if the decision to release on PC at the same time as Xbox One affects your purchase on console.