Video game developer Id Software first announced they would be bringing the Quake Arena game to the Xbox 360 console, way back in August 2007. Fans of the series may have had a very long wait for its release, but we can now confirm that Quake Arena Arcade is hitting XBLA on December 15th.

According to a recent article at computerandvideogames.com by Tamoor Hussain, the Quake Arena Arcade game — which has been developed by Id Software in partnership with Pi Studios — will be available to download from Xbox Live Arcade this Wednesday. 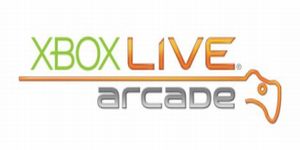 The Quake Arena Arcade title features a brand new single-player campaign, over 30 maps (including 12 Xbox-exclusive maps) and six different game types including “Capture the Flag,” “Deathmatch” and “Harvester” modes, which are all playable with up to 15 players via Xbox Live.

Quake Arena Arcade isn’t the only game that is arriving on Xbox Live Arcade on Wednesday either. According to a list of upcoming downloadable releases by Jay Acevedo over at gamefocus.ca, X-Men: The Arcade Game will also be hitting XBLA on December 15th.