If you bought a high-end smartphone in 2010 you probably have 1GHz of processing power at your disposal, so far this year mobile devices have built from this massively and anything less than a dual-core 1.2GHz processor is almost considered slow — well soon a dual-core 1.5GHz processor will be considered average thanks to AMD’s Mobile platform plans.

Recently the entire AMD Mobile roadmap showed up at ZDNet, there is lots of information to get through — but we have summed things up for you and can confirm some of the most exciting news for you.

The image below clearly shows us that AMD Trinity APUs are coming very soon, apparently engineering samples of 35W and 45W quad-core APUs have been made and smartphone and tablet manufacturers should be able to get their hands on these APUs in January 2012 — which pretty much confirms that there will quad-core smartphones and tablets on the market in 2012.

As AMD has not officially announced these APUs it is quite hard to confirm clock speeds etc, therefore we will have to keep you posted as and when we hear more. To find out more about AMD’s roadmap check out the images below (all sourced from ZDNet). 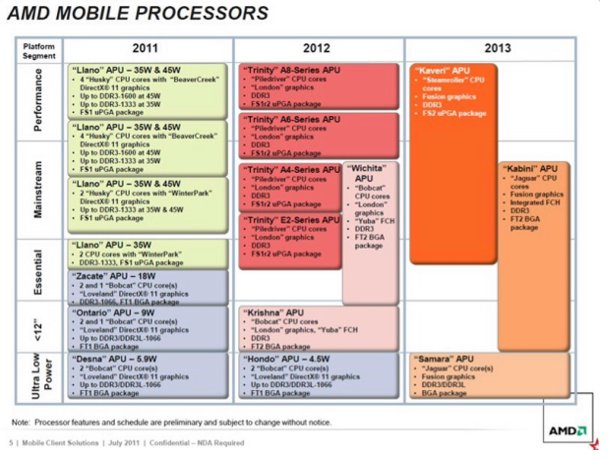 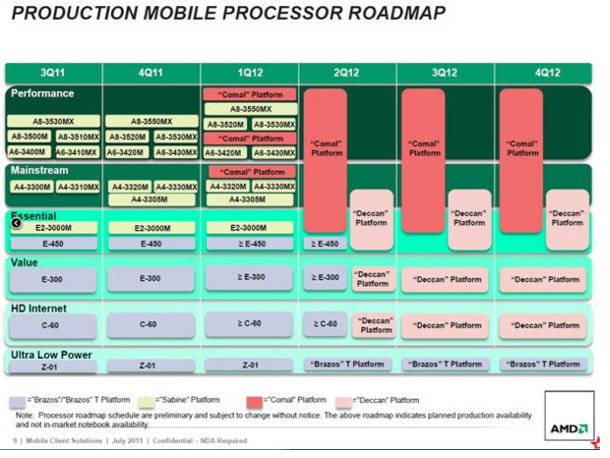