The next Queens Park Rangers football match is against Aston Villa FC today, and it will almost certainly be enhanced for some thanks to the QPR Android app by TribeHive. This application is a collaboration between TribeHive and Football League Interactive, which boosts connectivity within stadiums.

Those QPR fans that decided to install the special app will benefit from technology connecting fans together. This is done by the app connecting Queens Park Rangers fans with others that have this app installed, and then a network is created between phones. 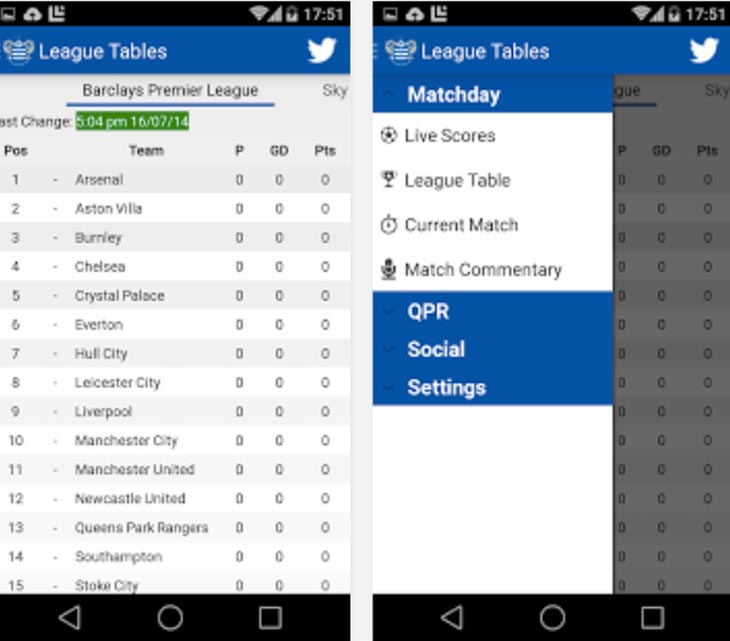 If you have this Queens Park Rangers app installed found on Google play and can get signal, then content is pulled to the app with breaking news, tweets, live scores, and more that circulates to other phones.

This doesn’t mean those at the QPR vs Aston Villa match today get Internet access, but rather current match statistics and live scores instead. It’s worth noting there’s options to limit how much data is shared with others, especially if your battery level gets too low.

The Queens Park Rangers app also requires the HiveCore app for Android, which can also be found on Google Play here. If you don’t install it before downloading the QPR app, then you will be prompted to do so.

You can keep up with the score and match live on Twitter channels AVFC Official, or QPR FC.