If you’re a fan of the British comedy panel quiz show QI, then you might be pleased to know that a QI app has now been released onto the iTunes App Store. The app — which is based on the set of QI books that are based on the series — is available to download for iPhone, iPad and iPod Touch.

According to Jennifer Allan over at electricpig.co.uk, the app combines all of the QI books that have been released up until now, which are then broken up into 56 themed mini-books. Each mini-book is then put into chunks, which should take around 10-15 minutes to read through. 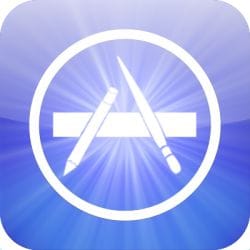 As the description on itunes.apple.com states, you can even submit your own facts if you just happen to hear something interesting. The QI app also allows you to rate other people’s facts using the QI Interestingometer, giving them a rating from “Not Interesting” to “Quite Interesting.”

The searchable QI library includes the complete contents of The Book of the Dead, The Book of Animal Ignorance and The Book of General Ignorance. Do you enjoy watching the QI television show? If you do, will you be downloading the new app? The cost of the app is £4.99.