Attention all Xbox one users now, as there has been another PUBG Xbox One update which has gone live recently, adding some significant changes that you need to be aware of.

It’s great to see the game getting regular updates from the developers and this particular update is a big one as well.

This is PUGB Xbox One update 11 and it offers performance optimization, stability improvements and general speed improvements which will make navigating across the menus on Xbox One a lot more smoother.

Without further ado, here are the patch notes for the latest version of the game: 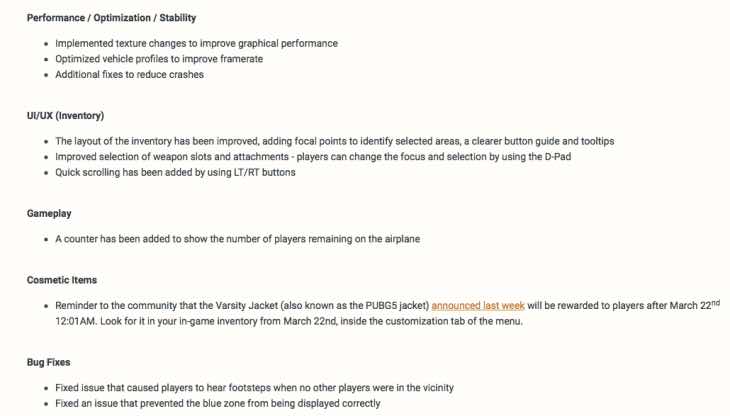 As you can see, the developers have also focused on trying to reduce crashes in the game so if you have already installed this update let us know how your gameplay experience is so far.

Are you having fun with PUBG on Xbox One at the moment, or switched over to Fortnite?