There has been a new PUBG update on Xbox One this week and for those that have just installed it, we now have the full patch notes to bring you.

The developers have been issuing quick fire updates for the Xbox One version recently and the new patch this week finally spawns players in multiple locations at the start of a match rather than in the same single starting area.

Also new is Game DVR support, UI tweaks, improved optimisation and stability fixes and a long list of general bug fixes which you can read through below: 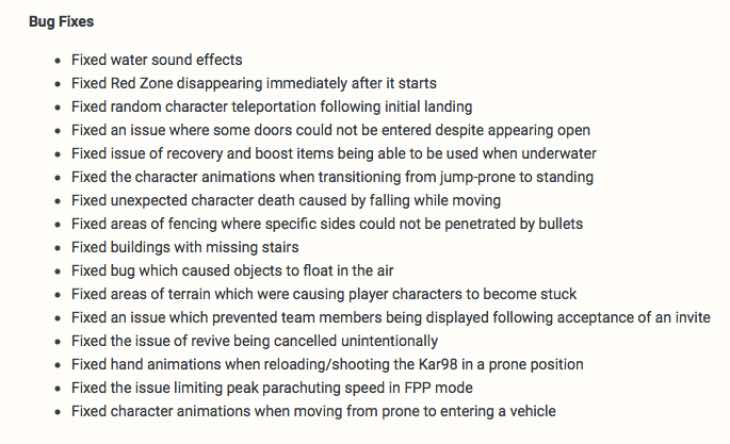 Head to the official forums for the full patch notes and let us know what you think about the latest update. Is this still your number one game to play on Xbox at the moment?