As you know we’ve been hearing quite a few rumors and speculation surrounding the upcoming Sony PSP2 in the past few months, including renders that were derived from some leaked PSP2 images. However, we may not have to wait much longer for the official details.

As Alan Ng previously noted in his article here, Sony has scheduled a special event for January 27th, which many believe will be used to announce the much-anticipated PlayStation Portable 2. That may not be the only device that Sony is intending on unveiling either.

As Leigh Alexander over at gamasutra.com recently reported, inside sources have claimed that the gaming-ready Sony Ericsson phone — which has been equally as hyped as the PSP2 — will also be unveiled during the said event (being held in Tokyo, Japan). 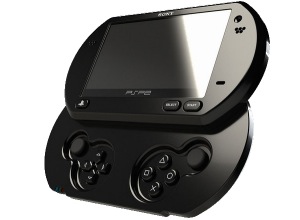 Although Sony hasn’t officially announced the PlayStation Portable 2 yet, we can still get an idea of what’s expected. A recent article over at 1up.com has provided a list of all what they know so far about the PSP2, although we still don’t know which rumors to believe.

For example, one developer described the PlayStation Portable 2’s screen as “like the iPhone 4’s retina display but better.” A previously leaked image of an alleged PSP2 development unit displays what looks like one solid touch pad on the rear of the device.

Another rumor that surfaced online claimed that the new system will no longer use UMDs like the original PSP did, but Flash-rom carts instead. You can read more about the PSP2 here. What do you think the specs and features will be when they announce it?