Within the last few minutes, we can confirm that Twitter has once again taken action against the hacking group known as LizardSquad and LizardPatrol. The respective Twitter pages have been suspended as of December 11 and hopefully it means that PSN and Xbox Live is safe with regards to future DDOS attacks in the build-up to Christmas.

It looks like Sony and Microsoft were not in the laughing mood anymore, with recent attacks against both respective networks and now for the moment – Lizardsquad has been caught and put back in their cage.

Having said that, it’s probably not the end of the attacks as this may provoke the group into launching yet another attack after recently boasting that Twitter had lifted their suspension. 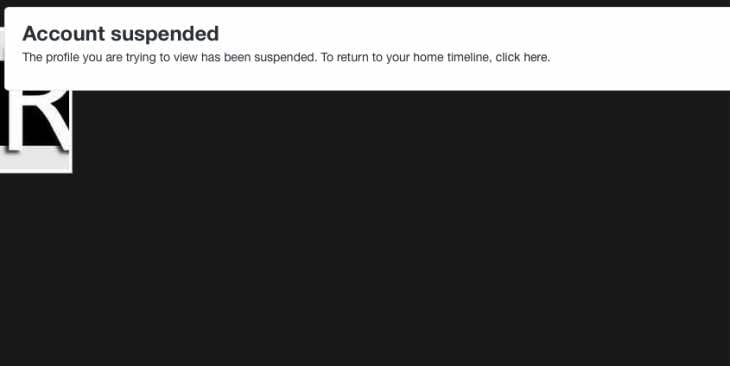 However for the moment, Twitter has arrested LizardSquad and LizardPatrol and you’ll see the suspension message if you try to head to either page. As you can imagine, comments are now flooding in with many showing feelings of relief in the hope that PSN and Xbox Live will not get attacked anymore. 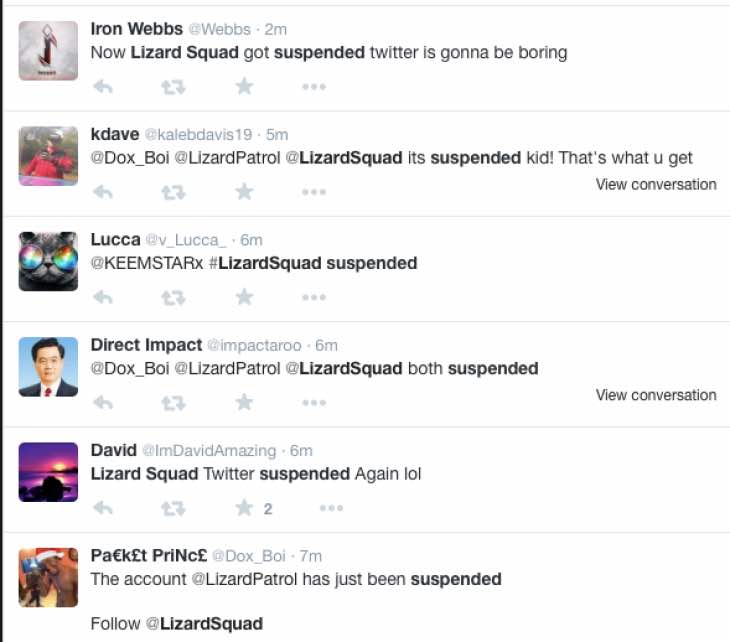 It was obviously getting out of hand with either PSN or Xbox Live going down every single week. Only hours ago, it was EA’s turn with LizardSquad claiming responsibility for that too.

It will be interesting to see what happens next, that’s for sure. Give us your reaction to this – do you think LizardSquad or LizardPatrol will be back? Did you personally suffer from their attacks on PSN and Xbox Live?