Yesterday we gave you the news that the PlayStation Store will be back up next week. This will mean that users will be able to take advantage of the freebies being offered by Sony. But trouble is with the PSN Welcome Back Package, what if you already own the free games?

When Sony first listed the games which will be available to download, many of our readers contacted us and said they had already owned them. Many gamers complained on the forums of the PlayStation Blog which led to Nick Caplin responding to the complaints. He said that with so many users it was hard to find something to please everyone.

An article by John Gilbert on PSPGweber.com is wondering if Sony could give out PSN credits instead. The games available are popular PS3 titles so many users will already own them, so will not benefit much from the compensation program. But for those users who don’t buy many games there is a good chance they won’t have the titles, so they will be quite happy with the choice. 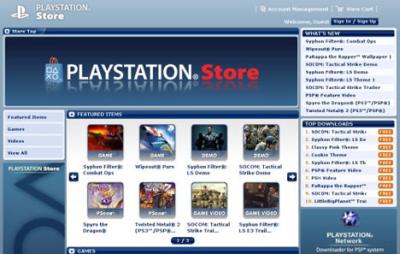 There is no way Sony would have ever given out money as compensation, because at the end of the day the PlayStation Network is mainly free to use. But it would be nice if Sony could offer users who already own the title’s something which is of the same pricing level as an alternative. Or what about some free credits to get a small amount off a new game.

Unfortunately there will still be some unhappy users out there who are not pleased with the choices Sony is offering. But Sony are trying hard to put things right. Do you already own the games that Sony is offering?