The PlayStation Network status page lists USA servers as offline and this is rare, even after seeing a failed PS4 sign-in. We’ve seen a number of problems with PSN down this month, but none updated the status page to offline with a red alert.

It’s not clear why Sony didn’t update the PSN status page in the past, but problems are so bad today that we are seeing nothing but red in the United States. You can see a screenshot below taken from the official playstation.com support page, which states “PSN Status: Offline”. 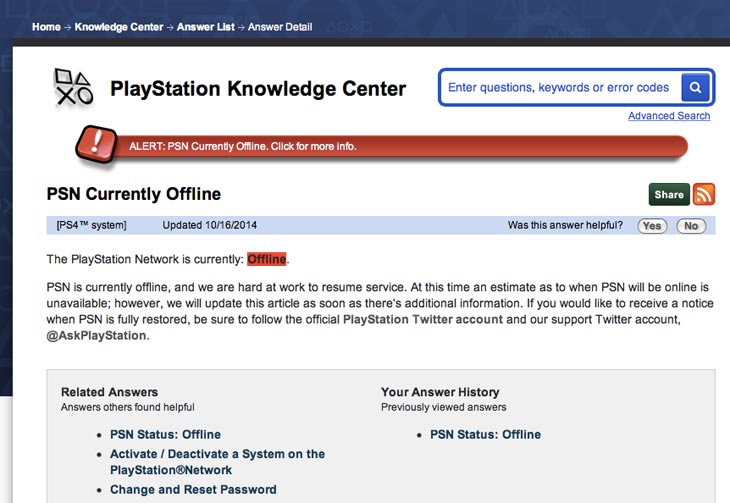 Are you seeing PSN down in the US and if so, what state or city are you in? We have had reports from Boston to Washington DC.

It also looks like the PS4 and PS3 cannot connect to PSN in the UK as well, although we cannot confirm the error codes just yet, so feel free to leave any codes you’re receiving when getting a failed PSN sign-in today.

The above status update comes after we received reports from our readers, which state the friends list isn’t working right now. Some of our readers also mention games like Destiny, as they first thought it was their servers that were not available today.