It’s not entirely clear what’s going on with the PlayStation Network servers right now and Sony’s official PSN status page hasn’t reported any problems, but we are receiving reports that PSN is down on July 29, 2015. Players are hunting to find out if Destiny servers are down, Advanced warfare is in maintenance, or if GTA V and FIFA 15 has problems, but so far it looks like it’s not the game servers having issues today.

If you look at the PSN status page here, then you will see everything is fine and green without red alerts from Sony. This totally conflicts with tweets arriving every few seconds asking, “is PSN bugging out for GTA or is GTA servers down”, or ” Is PSN down? I can’t seem to login this morning?”. 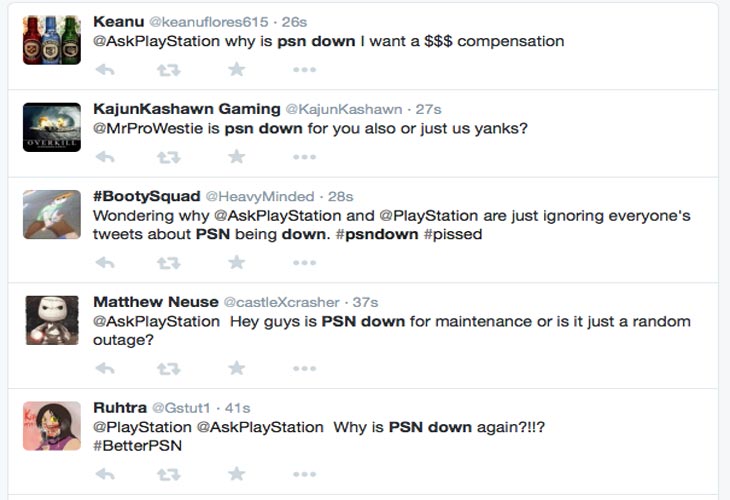 Users also wonder why the PSN status page doesn’t update quick enough, as seen with this tweet “does your psn status website have an error code also #psn #psndown #refund”. We know the status page takes a few minutes to update, but from what we’ve seen reported by PS4 and PS3 owners, services have been down for many games for over 30 minutes.

Is PSN down for you right now and if so, what game are you trying to play on PS4 or PS3? Leave your reports below and if the status page updates, or we receive a statement from Sony, then you can be sure this page will be updated.

Update: It looks like the issues were only for PS4 owners and everything has gone back to normal now.