The new PlayStation Network status checker has listed problems with games on PS4 and PS3, which also explains the server connection problems in Call of Duty Advanced Warfare today. You can see the new PSN status checker at status.playstation.com that currently shows a warning for some services experiencing issues.

Further to users reporting COD Advanced Warfare servers are down on March 20, we then heard directly from Sledgehammer Games in regard to their servers not being the reason for issues. You can see the updated tweet below from @shgames on Twitter, which basically detailed the PSN status update and issues with gaming services. 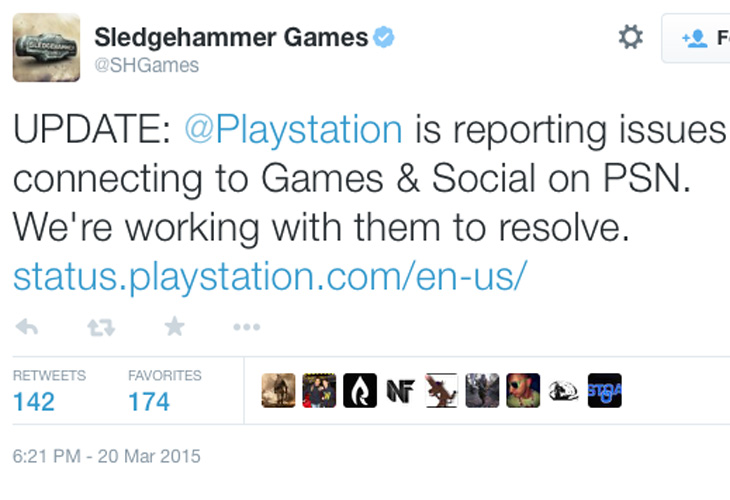 Sledgehammers update only came within the last 15 minutes, so it was clear the first tweet didn’t realize that the blame lied with Sony. The update just explained that the official PlayStation Twitter was reporting “issues connecting to Games and Social on PSN”, as you can see above. 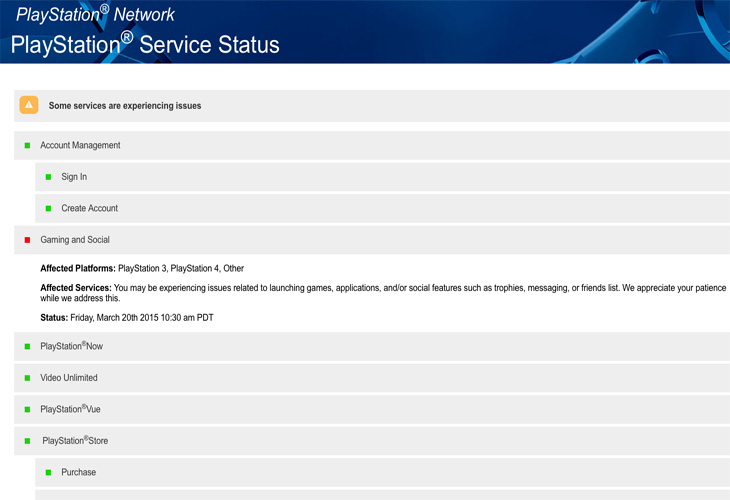 This now explains exactly what’s going on, so you will need to wait for Sony to update their PSN status page in regard to social and gaming problems. If you are having issues with other games, not including Call of Duty, then we’d love to hear below and of course if you are seeing Advanced Warfare working again.