PS4 and PS3 owners will be well aware of the PSN outage on January 4, 2016 which brought the service down completely for over 10 hours on a global scale.

Sony has still not given their reasons as to what caused the widespread outage, but they have made amends somewhat by revealing that they will be offering an extension to PS Plus subscriptions as their way of compensation. 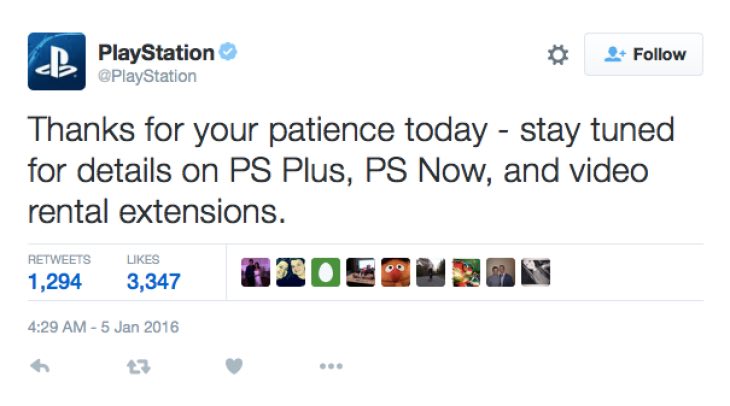 You can see the Tweet above from the official PlayStation page, which also reveals that those with PS Now and video rentals that are currently running will get an extension.

We expect this to just be a single day added to whatever you already have left, but Sony states that they will reveal full details soon.

Hopefully there’s an added surprise on top as the outage yesterday was a complete disruption and ruined plans that many gamers had for a long session which wasn’t possible.

Stay tuned to PR and we’ll let you know what the full nature of the compensation is. Are you satisfied with Sony’s response on the outage?