If you are looking for some PSN sales to take advantage of we have some great news for you. Sony has just opened up a new PSN Sale for February 2017 offering some really good prices on some top games that you may not have played yet.

While the sale applies to both PS4 and PS3 games, we have a list of the PS4 games for you now specifically letting you see what is available. 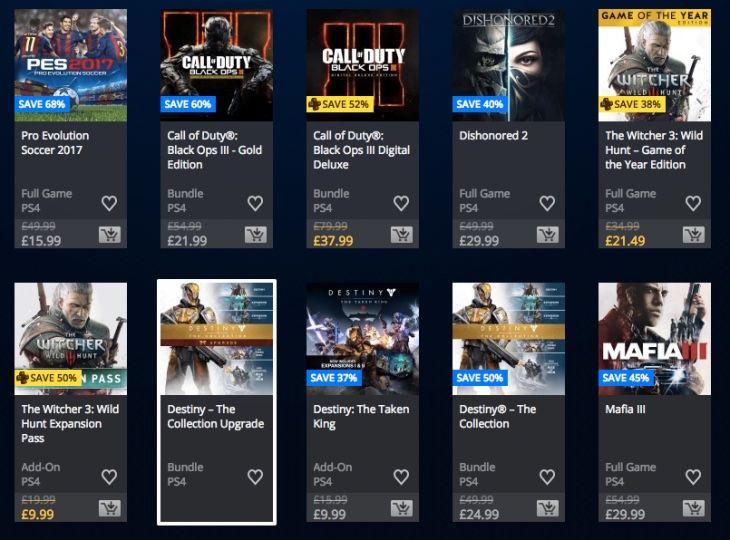 There’s some unbelievable savings to be had so take a look at the sale here for the full list at the PSN store and let us know what you plan to buy.

Do you agree that Sony is finally starting to get the idea of pricing their games on PSN in accordance with regular drops by retailers? Sales like this can only be great news for gamers!