One of the most requested PSN features of 2018 is easily the ability to change your PSN ID name. So far, PS4 owners have been kept waiting months for Sony to implement it, but now there has been signs that it may finally be coming in a future update.

According to reports, Sony has been sending out emails with surveys asking users if they would be interested in the idea of a PSN ID Name Change feature.

We’re not entirely convinced that this is a legitimate email, but either way we hope it is and Sony are actively exploring the idea of how to successfully integrate into the PSN system.

Sony are keen to avoid the obvious danger of this feature being abused by certain individuals who will want to cause trouble in online games, then change their ID to remain anonymous. 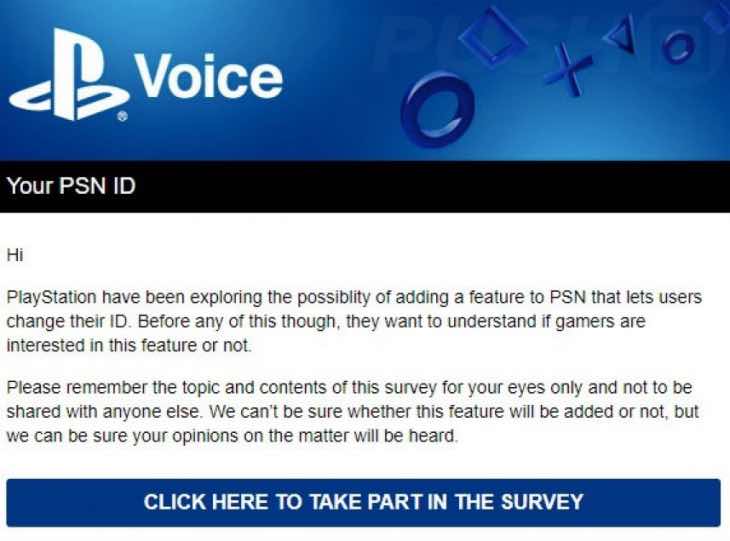 This could be one reason why it is taking so long to come out, but then again having the PSN ID Name Change limited to a number of changes could be one easy way to solve it.

Would you love to change your PSN username right now having set it up years ago? Let us know your thoughts on this below.