As expected, Sony’s PSN is down today after the company gave gamers a heads-up of the new PSN maintenance schedule after initially postponing it due to an attack. We are now seeing PS4 PS4 E-8200013A error code on our system, specifically on the PS Store and despite the warning we can see that many of you are complaining about the PSN maintenance error code at sign-in.

Most of you should be aware that this appears to be fairly serious maintenance that Sony can’t avoid. The PSN network is expected to be down for around 7 hours, which is pretty massive for those that were planning to play online games but now cannot. 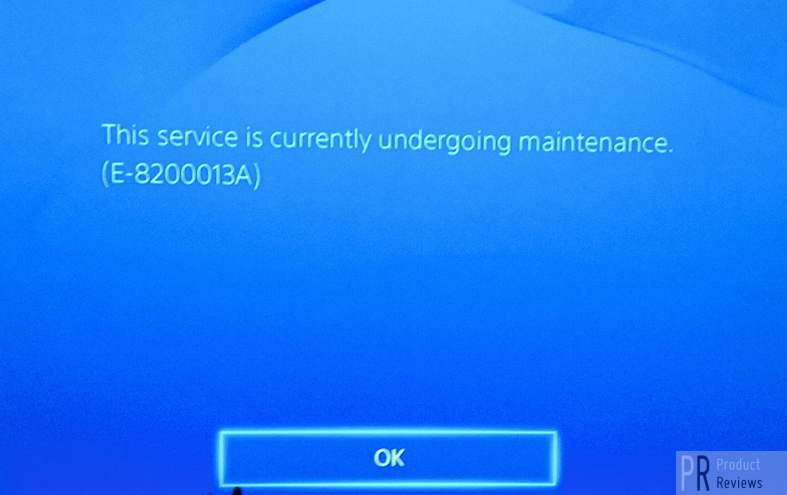 There should still be a chance to play online games at the moment if you have remained signed in well before the PSN went down and have your cache stored on PSN. Sony states that the PSN will be back up at 4.50pm Pacific Time, 7.50pm Eastern Time or 5am UK time.

Monday's PSN maintenance has been rescheduled for Thurs 28 Aug 16:00 to Fri 29 Aug 5:00BST. Thanks for your patience> http://t.co/fl0zGEZQYS

The confusing thing that we have seen is that Sony themselves do not appear to know when the PSN will be back up in Europe and the UK. The Tweet above clearly states that the PSN will be down for 13 hours and it states the same thing on Sony’s official website for Europe here.

However, go to the Sony Entertainment Store website here and you’ll that they state that the PSN will be back up in Europe at 12.50am, which is 7 hours of downtime to match that of the US.

It’s pretty bad that they are giving out conflicting end times, when it’s bad enough as it is that such a long maintenance period is occurring once again – why is PSN in Europe down for longer than US, surely that can’t be right?

So there we have it – what on earth will you do with this long down time? – It’s going to feel like the end of the world to some.