We are getting reports that PSN is down today on September 9 for some users. We can confirm that the service is still live in Asia, but others in countries such as UK, US and Australia there are definitely some issues happening.

It comes after Xbox 360 users endured a nightmare after their Xbox Live service was interrupted for the majority of the day – bad timing with such a huge day for the FIFA 16 demo as well as a massive Destiny update both going live.

Now it appears to PlayStation’s turn and you can see confirmation that there are PSN problems on September 9 from other users within the hour. 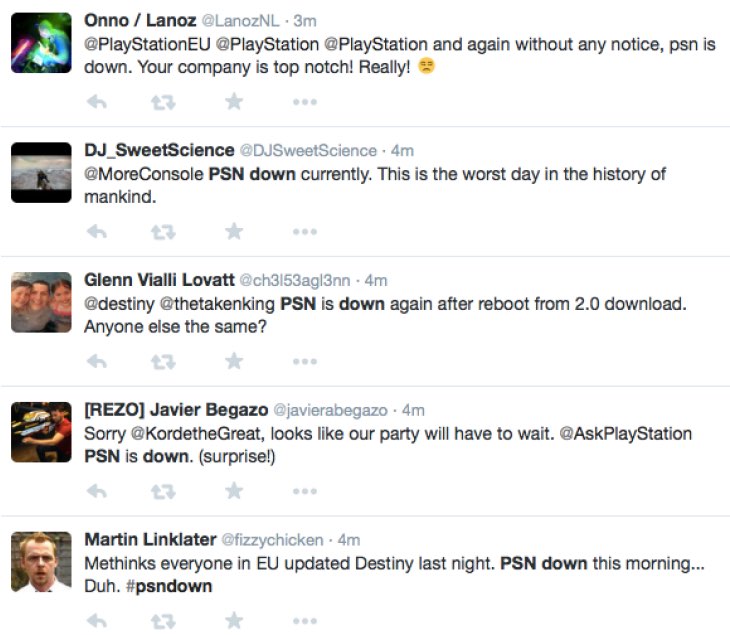 As far as we’re aware, there had been no prior indication of PSN maintenance on Sept 9, so we will try to see what is going on and get an answer from Sony on this.

Let us know your PSN status at the moment in your region. The official PSN server status page suggests that there are no issues, but obviously the feedback above states otherwise.