If you were hoping to indulge in a late night session of Battlefield 3 and were wondering why the PlayStation Network is down for you, you should be reminded that the downtime is due to scheduled Sony maintenance that is now in effect.

Sony recently sent out a tweet on their European Blog page, informing everyone that the PlayStation Network would be offline between 2.00 and 8.00am UK time and that during this time, users would be unable to log in and use PSN-related features.

”There will be a routine PSN maintenance on Thursday between 02:00 and 08:00 UK time. PS Network services may be intermittent for some users.”

However, considering that it has now just past 5am in the UK, we can confirm that the PlayStation Network is still up for us, and we can see many of our friends are still in the Battlefield 3 servers having fun. The PSN network definitely went down for some a few hours ago, but maybe the best explanation we can offer is that Sony fixed things up earlier than expected – which is obviously great news. 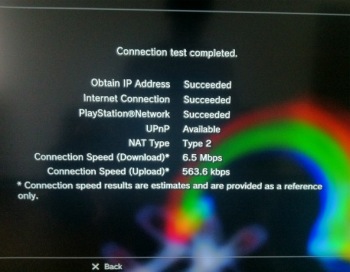 If you previously couldn’t login to the PSN a few hours ago, it is definitely worth trying it again now as you’ll probably get in. Many UK gamers will be fast asleep by now we expect, but those of you in areas such as the US and parts of Asia will still be trying to play Battlefield 3 in the hope that EA’s servers stay stable as well – what drama.

There is no official word on what Sony are fixing up exactly, but we’re guessing it is some kind of extra security measures to protect themselves further from the chance of any attack, since threats are very much still looming in the air.

If you are playing Battlefield 3 right now, let us know if you had any problems signing in to the PSN or not. Are you getting any failure messages or did it go in first time? Have fun in the BF3 servers everyone!